Asus ‘phone with a fan’ among weird gadgets at Computex

A gaming phone with a removable fan, and a dual-screen laptop are among the new gadgets on show at the Computex conference in Taiwan.

Computer giant Asus revealed a powerful handset designed for gamers that comes with a clip-on fan to keep it cool during “strenuous gaming sessions”.

It also showed off new laptops with dual screens, which it plans to sell in 2019.

But rival Lenovo was criticised for over-hyping its “all screen” phone.

One for gaming fans

Asus’s gaming phone is the first Android-powered smartphone to be produced under the Republic of Gamers brand.

Its screen is capable of displaying 90 frames per second (fps) – more than regular phones – to make games play more smoothly.

There is also a range of accessories, including clip-on controllers that are vaguely reminiscent of the Nintendo Switch console.

A clip-on fan is also included in the box to stop the high-performance phone overheating.

Technology news site The Verge said it was the “highest-spec Android phone ever“, although there are not many games available on Android that take full advantage of the souped-up hardware.

Computers powered by Intel chips typically have central processing units (CPUs) with four or six cores, allowing them to throw more “brainpower” at tasks when needed.

But, at Computex, Intel revealed it was working on something substantially more powerful – a 28-core processor suitable for desktop computers, which is due to go on sale before the end of the year.

The chips will be based on Intel’s existing 14-nanometre production process.

The move may help compensate for the fact that Intel’s 10-nanometre chips are long overdue because of production issues. Shrinking the transistors to a smaller size should offer efficiency gains that mean power users will require fewer cores.

However, gamers who might be tempted should be aware that many titles cannot take advantage of more than four cores.

Intel has made 28-core chips before, but those Xeon series processors were designed for high-end computer servers rather than an individual’s use.

Are two screens better than one?

The trackpad on its new Zenbook Pro has been replaced with a 14cm (5.5in) touchscreen that can display photographs, menus and tools such as a calculator or calendar.

There was also a concept laptop with two screens instead of a keyboard, which the company has called Project PreCog.

“Even in laptops, the goal is to be all screen,” said Isa Rodriguez, from the technology site Gadget Match.

However there was disappointment when Lenovo revealed its new Z5 smartphone.

In May, the company had shared images online that implied the phone would be “all screen” on the front, rather than having the “notch” that appears on the iPhone X and imitators.

Critics said Lenovo had posted misleading images and that the actual announcement was “disappointing”.

“The new phone, which was teased to be a nigh bezel-less display without a notch or a chin, has debuted with both of them present,” wrote Michael Allison, from news site Neowin.

Chinese phone-maker Vivo may instead become the first company to release a genuinely “all screen” phone. 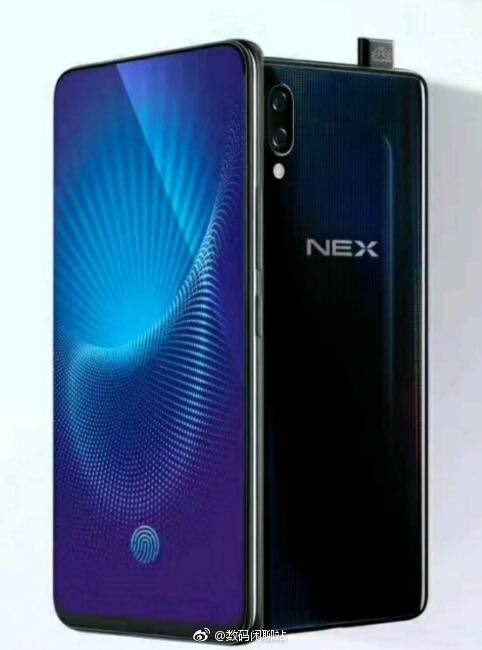 It plans to unveil its Nex phone – which features an in-screen fingerprint reader and a selfie camera that pops out of its side – on 12 June.