Fortnite Battle Royale has added a message to its mobile app telling kids not to play in school.

The game was released on mobile just a few weeks ago but some teachers say it’s distracting their students.

One teacher posted on the game’s Reddit thread, asking the game’s developers if they could “mess with” his students.

The message “Mr Hillman says stop playing in class” now features on a loading screen in the app. 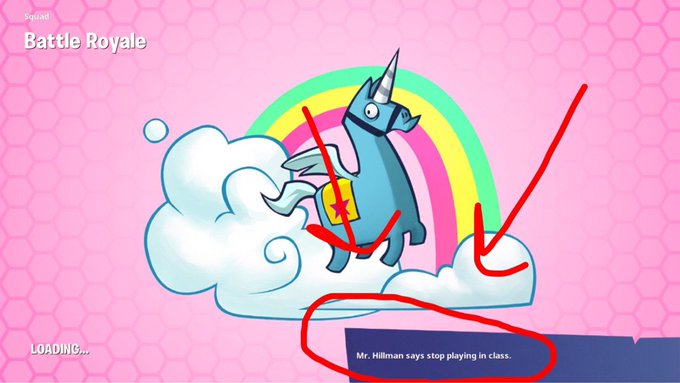 Some schools have blocked the game on their Wi-Fi network, according to students.

Welp they banned fortnite mobile on our school WiFi LMFAOOO

The game reached the top of the App Store charts in 47 countries soon after its release, and according to reports made over $1 million (£710,000) from in-app purchases in its first few days.

Mr Hillman’s message has been seen by thousands of people since being tweeted by Epic Games community manager KL Smith.

There’s been no word from the teacher on whether it’s made a difference.

Your Alexa and Fitbit can testify against you in court