You should probably get the Paperwhite, but I love the Voyage

I have been waiting for a waterproof Kindle since, well, since the very first one was released 10 years ago. Amazon finally made the new Kindle Oasis, and I fully expected to buy it immediately. But then a weird thing (for me, anyway) happened: I didn’t. After using it for just a few minutes, I knew it wasn’t for me.

Instead, I’m sticking with my favourite Kindle, the slightly overpriced, three-year-old Kindle Voyage. In fact, the power button on my Voyage is starting to act up after three years, and when it finally fails, I expect I’m going to go ahead and buy another Voyage, not an Oasis. You know you like something when you buy it a second time, even though there’s something newer and (theoretically) better on the market.

The Kindle Voyage is my favourite Kindle. It’s not the one I recommend most other people buy, though. For most people, the less expensive Kindle Paperwhite offers nearly all the same features at a price that’s much more reasonable. But I spend at least an hour a day on my Kindle, so I’m willing to pay extra for the little extras the Voyage offers. 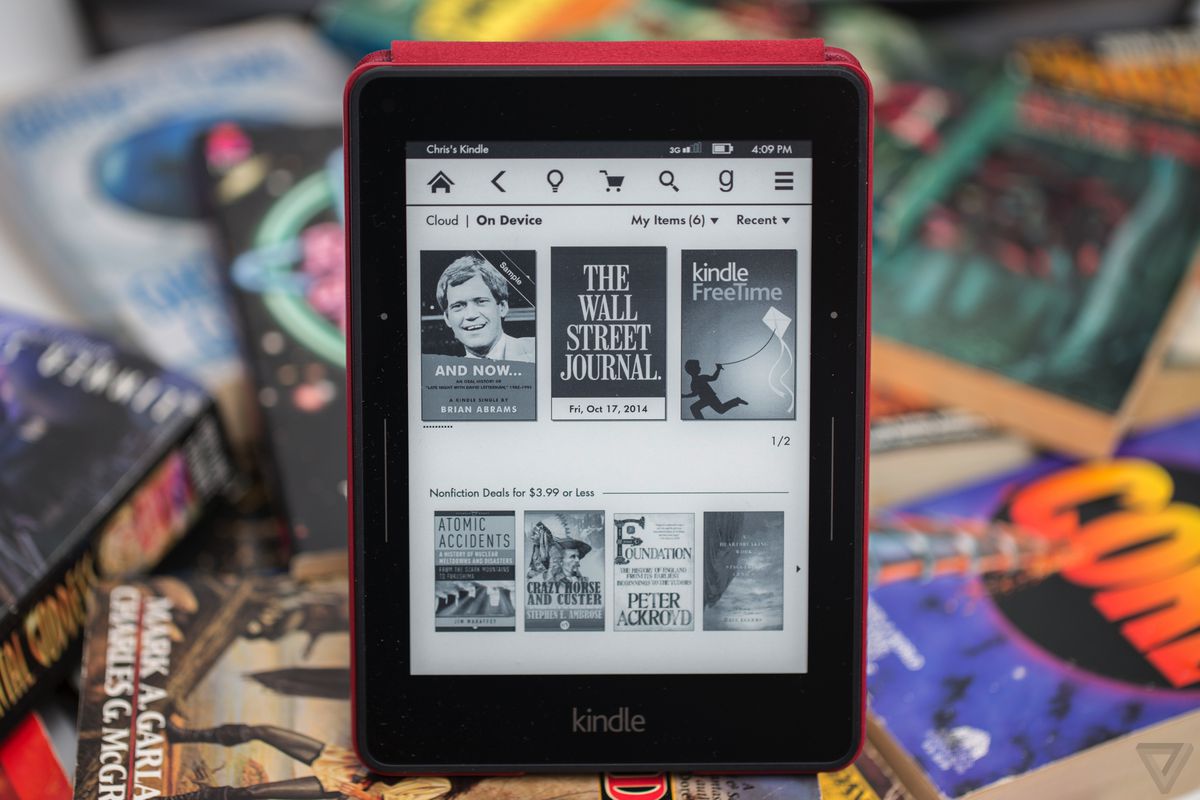 The breakdown between different Kindles is pretty simple.

On all of these models, you have to pay $20 more to get rid of ads on the home screen, and some of them let you pay extra to get cellular connectivity if you want to be able to get books anywhere.

As a person who has resigned himself to spending an inappropriate amount of his income on gadgets, I figured I’d go with the Oasis when my Voyage died. It’s ridiculously light and, again, finally has that waterproofing. But when I used it, I realized that I didn’t really like its slightly larger size. The Voyage seems like it was custom-sized to fit in my back pocket; the Oasis can’t do that. 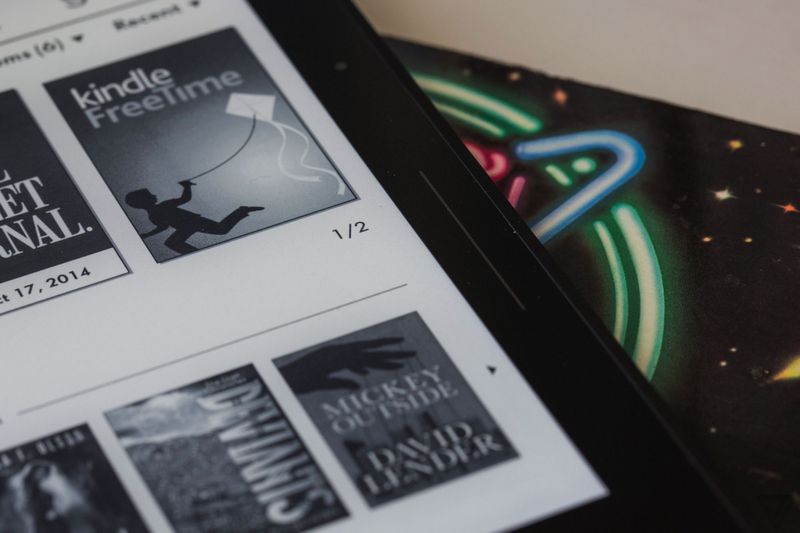 The reason I like the Voyage so much comes down to the physical design of it: it’s simple and utilitarian. It feels like it’s trying to accommodate itself to my needs instead of asking me to change my habits for it. Here’s a silly example of that: I read in bed and the Voyage has a larger bezel on the bottom than the Oasis. So I can rest it on my chest and not worry about the blanket covering up the bottom of the screen.

The more responsible choice is the Kindle Paperwhite, which is $80 less than the Voyage. The things you get for that 80 bucks are very minor indeed:

I don’t think that adds up to $80 of value for most people. But for me, I just want a thing I’m using every day for an hour or more to be nice. All those spec bullet points don’t really convey it, but the Voyage just feels ineffably nicer than the Paperwhite.

Given the tech inside it and how long it’s been around, I do think that the Voyage is overdue for another price drop. I don’t think you should buy one — get the Paperwhite instead — but I love it.